Armour Boulevard runs between Broadway and the Paseo at 35th street and divides North Hyde Park and Central Hyde Park between Gillham and Troost .

This once historic boulevard known for its famous hotels, luxurious apartment buildings and beautiful homes fell into despair in the 1960’s and 1970’s.  Drug houses, unsupervised subsidized housing and prostitution were prevalent when I moved into Hyde Park 20 years ago. My friends use to laugh and talk about bringing an Uzi when coming to visit and having dinner parties and telling my guest not to park near the drug houses and I even witnessed prostitution round-ups on Armour Boulevard.

Thanks to MAC Properties LLC, Armour Boulevard is back!  MAC has spent more than $100 million buying and restoring 20 historic buildings and hotels along Armour Boulevard.  The buildings have been restored to their original beauty on the outside but gutted and reconstructed inside.  Great amenities, beautiful spaces and the convenient location have made the buildings a huge success and have brought new life back to midtown. 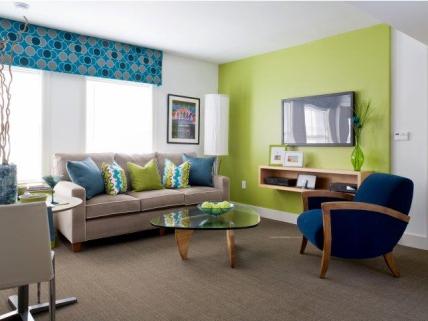 One of the Boulevard’s most handsome buildings is the Newbern Apartments at 525 E. Armour Boulevard.  Originally built in 1921 as the Peacock Hotel, the extensive ornamentation on the building originally included a large peacock in polychrome terra cotta located over each entrance.  Featuring ornate iron grillwork, terra cotta and curvilinear design on the northeast corner, the building is one of the few examples of the Sullivanesque style remaining in Kansas City.  The Newbern was recently purchased by MAC Properties and renovations are to begin this year and 180 new units available in 2014.

The Sombart Apartments at 420 E. Armour Boulevard was built in 1924 and contained 16 apartments in the eight story building and was the first structure with units of ten rooms or more to be built after World War I. 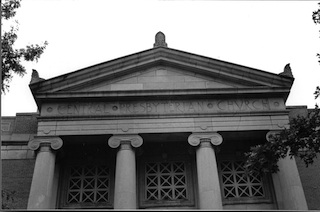 There are also two beautiful churches that sit on Armour Boulevard, Trinity United Methodist Church at 620 E Armour and Central Presbyterian Church at 901 E. Armour. Trinity United has been there since 1919 and is a three story Gothic structure with bell tower.  The Central Presbyterian Church was founded in 1857.  The Classical Revival style structure was designed by the architectural firm of Shepard and Wiser.  By 1921 the basement was completed.  The congregation worshiped in the basement until 1924 when the Church auditorium andSunday School wings were completed.

There were also many residences along Armour Boulevard built by many of Kansas City’s prominent citizens including the Levi McIntire residence at 710 E Armour.  McIntire was a Kansas City real estate developer and whose home was designed as a model example of a home built for “reasonable cost.”  Constructed of Carthage cut stone and art and crystal glass, the house was built for $12,000.00.  Keene and Simpson, the well-known Kansas City architectural firm designed this lavish residence.

Armour Boulevard is a treasure in Kansas City history and its legacy will continue with the restoration of these beautiful buildings by MAC Properties.